As it approaches its 10th birthday, WooCommerce is comfortably the leading ecommerce platform in the world. In this article, we take a look at how WooCommerce started and how it grew into the powerhouse it is today.

Let’s take a look at some stats to back up our assertion that WooCommerce is the world’s leading ecommerce platform.

As of January 2021, WooCommerce has just under a 30% market share for ecommerce platforms. That means that it’s being used in around 1 in 3 of the top 1 million websites that have some kind of ecommerce presence.

Squarespace is the nearest challenger with just over 21% then only Shopify, with 13%, is even close.

WooCommerce’s market share means that it’s currently used on an estimated 4.5 million websites. As the infographic below shows, that’s the equivalent of one website for every person in New Zealand.

This is perhaps what gives these two platforms such an edge. WordPress is by far the world’s most popular method of creating websites; it’s estimated to run nearly 40% of all websites. So if you’re already running a WordPress site, or if you want more features to your website than just the ability to sell online, it makes sense to use a WordPress ecommerce solution.

When did WooCommerce start?

We’ve got a WordPress themes company to thank for the emergence of WooCommerce. In 2008, Mark Forrester, Magnus Jepson and Addi Pienaar officially launched WooThemes, having already spent some time already selling themes together.

Although this was a time where the commercial theme business was approaching its peak, WooThemes were also looking to expand outside their themes offering. They forked another WordPress ecommerce plugin, called JigoShop, and brought JigoShop’s original developers on board to work on it full time. They named the fork WooCommerce and launched the plugin’s first version in September 2011.

The plugin grew steadily in popularity and by January 2013 WooCommerce had hit half a million downloads. WooCommerce’s increasing popularity was to have a significant impact on the future of WooThemes.

In May 2015, Automattic – the company behind WordPress – acquired WooThemes for an estimated $30 million. By that point, WooCommerce had racked up around 7 million downloads from the WordPress plugin repository and was powering around 30% of all online stores.

Crucially, WooCommerce was by that time responsible for around 85% of WooThemes revenue, surpassing by far the revenue generated by the company’s theme sales. Although WooCommerce itself is free, revenue is generated through paid extensions (more on this later).

This imbalance between WooThemes plugin and theme revenue meant that post-acquisition WooThemes rebranded as WooCommerce.

WooCommerce and Automattic are not always forthcoming with precise figures on the revenue generated by their ecommerce platform. However, in 2019, WooCommerce’s General Manager Paul Maiorana stated that the combined revenue from stores using WooCommerce was $11.8 billion.

Put another way: if all the stores using WooCommerce were a single country, they’d be richer than 35 percent of the world’s actual countries.

The sheer volume of stores using WooCommerce means that there is a thriving ecosystem of companies providing WooCommerce services and products. Independent companies like Plugin Republic focus on providing products specifically for WooCommerce, extending its base functionality.

The official WooCommerce Marketplace currently offers 530 products and is estimated to generate over $30 million per year. This is clearly a major growth area for WooCommerce as the number of extensions offered on the Marketplace is increasing rapidly.

At the time of the acquisition in 2015, there were 346 paid and free extensions on the Marketplace. About 150 of these were from third-party developers who pay a share of their revenue to WooCommerce. WooCommerce continues to actively recruit third-party extensions for its marketplace.

We can see how this model has and will continue to pull more developers and designers away from third-party marketplaces, like Envato’s ThemeForest and CodeCanyon, onto the official channel.

And the WooCommerce micro-economy is not restricted to third-party vendors. There is a growing requirement for freelance and full-time developers specialising in WooCommerce as companies require full-time staff to manage their online stores. Codeable, which describes itself as the only freelance marketplace for WordPress developers, has over 390 experts who list WooCommerce as a speciality. Considering that Codeable only takes on 2% of applicants, we can see just how many developers are currently making a living from the plugin.

What brands use WooCommerce?

While it can be said that WooCommerce is primarily used on smaller scale online stores rather than as an enterprise solution, there are a number of well-known brands using it to sell online. Notable examples include the New Zealand All Blacks and Weber South Africa.

Where next for WooCommerce?

One major development that we’ve seen in the last 12 months is the release of WooCommerce’s own payment gateway – WooCommerce Payments. A payment gateway is a provider like PayPal or Stripe who allow shop owners to take secure online payments – for a relatively small fee.

Having their own payment gateway is significant for WooCommerce revenue because they take 2.9% of all payments made through this gateway. Considering the transactions processed by stores running WooCommerce, we can see that there is vast potential here.

WooCommerce Payments is only available in the US at the moment. Rolling this out to other territories will clearly be a priority.

Shaping the face of ecommerce

Automattic’s acquisition of WooCommerce was a shrewd move. It boosted WordPress’s own ecommerce offering at a time when ecommerce was taking off, and it provided impetus to the continued development of the plugin. Much of what we’re used to today from ecommerce stores is down to this acquisition. Wherever you are in the world, it’s likely that at one time or another you’ve bought a product from a store powered by WooCommerce.

The best of Newt Labs 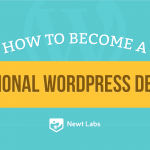 How to Become a Professional WordPress Developer (Infographic) 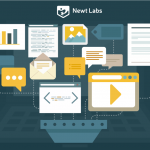 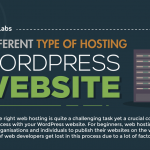 The Different Types Of Hosting For Your WordPress Website (Infographic) 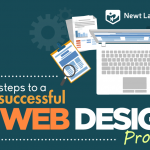 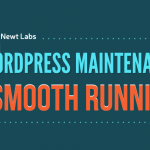 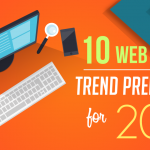 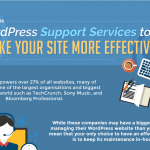 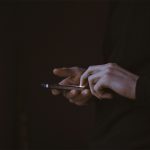 The Top 10 Benefits of Using WordPress to Power Your Website 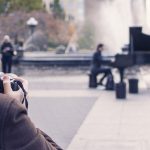 Getting Started With A DSLR Camera For Video 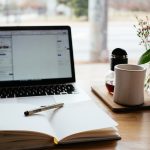 How To Leverage Webinar Marketing To Get More Customers

Thank you for subscribing.

we respect your privacy and take protecting it seriously